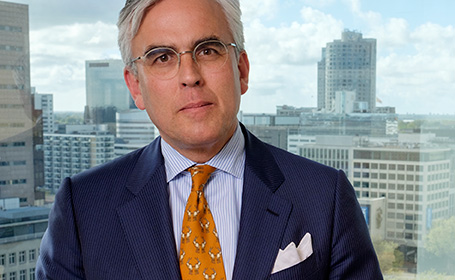 Robert has an extensive advisory- and litigation practice with apparent complex administrative relations and interests. Robert is interested in the role of the government in legal affairs, both from an administrative and a civil law perspective.

The field of law in which public and private law come together, also has his interest. Together with Remko Wijling and Samantha Bilgi, Robert also provides assistance in (internal) investigations.

Amongst his clients are governments, semi-governments, institutions, enterprises and individuals.

Robert was President of the Rotterdam Bar Association from 2009 until 2011. Hence disciplinary law also has his interest. Robert has been appointed Dean of the Netherlands Bar Association since the 1st of January 2022. 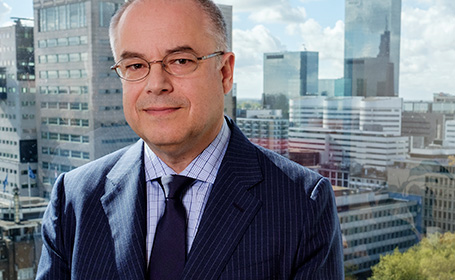 Frank is specialized in criminal law and law enforcement. His practice is mainly focussed on corporate criminal law. He represents both enterprises and individuals suspected of criminal offences such as (bankruptcy) fraud, money laundering, bribery, forgery, corruption, industrial accidents and environmental crimes. Frank has often been approached to assist in financial criminal cases and calamities in the harbour industry and construction industry.

Frank has been an active member of the Dutch Bar Association. Hence Frank also has knowledge and experience in the field of disciplinary procedures. Frank has assisted lawyers, civil-law notaries, tax-consultants and accountants. In addition, Frank is a member of the Board of Discipline The Hague and teacher/assessor of the professional training for lawyers (Beroepsopleiding Advocaten).

Other than criminal and disciplinary proceedings, Frank is also interested in compliance, crisis management and media training. 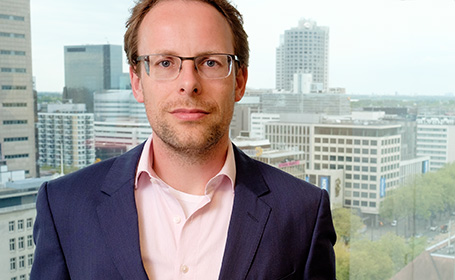 Remko has an extensive administrative advisory- and litigation practice. His particular area of interest is the government in its enforcing capacity and the impact this has on enterprises, institutions and private individuals as well as the significant interests at stake.

Amongst his clients are governments, semi-governments, institutions, enterprises and individuals.

Remko is also a deputy judge in administrative cases at the District Court in The Hague. Remko frequently gives lectures on topics that arise from his practice. Remko has been Chairman of the Committee of Appeal of the Netherlands Handball Association. 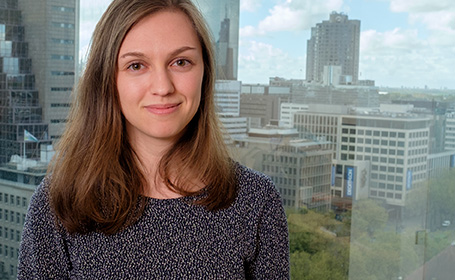 Samantha is specialized in criminal law and law enforcement. She assists enterprises and their employees suspected of offences such as money laundering, bribery, forgery and other economic crimes. Samantha often assists legal entities concerned with industrial accidents.

Furthermore, Samantha is interested in the Dutch Anti-Money Laundering and Anti-Terrorist Financing Act. She advises enterprises on their duties based on this Act and on their position towards their bank and accountant. Together with Robert Crince le Roy and Remko Wijling, she also provides assistance in (internal) investigations.

Samantha has also been approached to assist lawyers, civil-law notaries, tax-consultants, accountants, and shipmen against whom a disciplinary complaint has been filed.

Samantha often writes columns for legal journals and gives lectures on topics that arise from her practice. 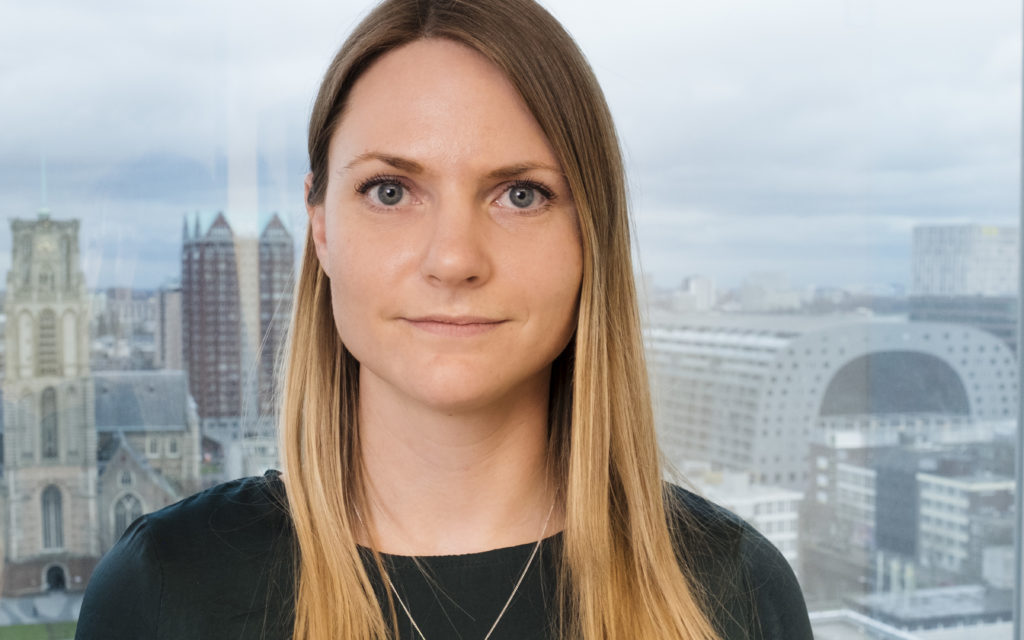 Olga is interested in the role of the government in legal affairs, in particular the way in which the government shares information (Public Access to Government Information Act). As a former lawyer at the Ministry of Health, Welfare and Sports, she gained extensive experience in this field.

Olga is also interested in the tension between industrial activities and the environment, for example issues involving Poly- and Perfluoralkyl substances (PFAS) and Nitrogen emission. Olga provides legal assistance in this field and gives lectures on this topic.

Olga assists both governments as well as individuals in administrative and environmental cases. 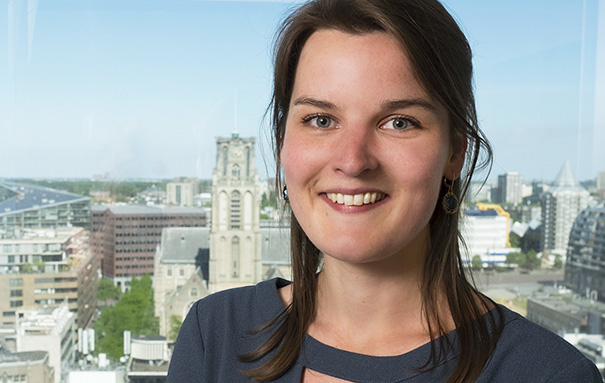 Laura is specialized in criminal law and law enforcement. After the honours bachelor programme Utrecht Law College at Utrecht University, she graduated in Criminal Law at Utrecht University and in Forensics, Criminology and Criminal Justice at Maastricht University. In Utrecht, Laura participated in the honours master programme. In addition to her studies, Laura has done internships at leading law firms and at the Public Prosecution Office. Laura has worked as a volunteer to provide legal advice to detainees and as a judge’s clerk at the District Court of Utrecht in criminal cases. Laura has also conducted research on a Cold Case at Maastricht University. Laura was one of the authors of the Dutch report on the implementation of the Victims Directive (2012/29/ EU) in the context of the European project ‘Vociare’.

Laura has gained experience in a wide variety of criminal cases and is familiar with the Economic Offenses Act (WED), the General State Taxes Act (Awr) and the Financial Supervision Act (Wft). Next to her assistance at Van Ardenne & Crince le Roy Advocaten, Laura is also a member of the Executive Board of the Young Bar Association. 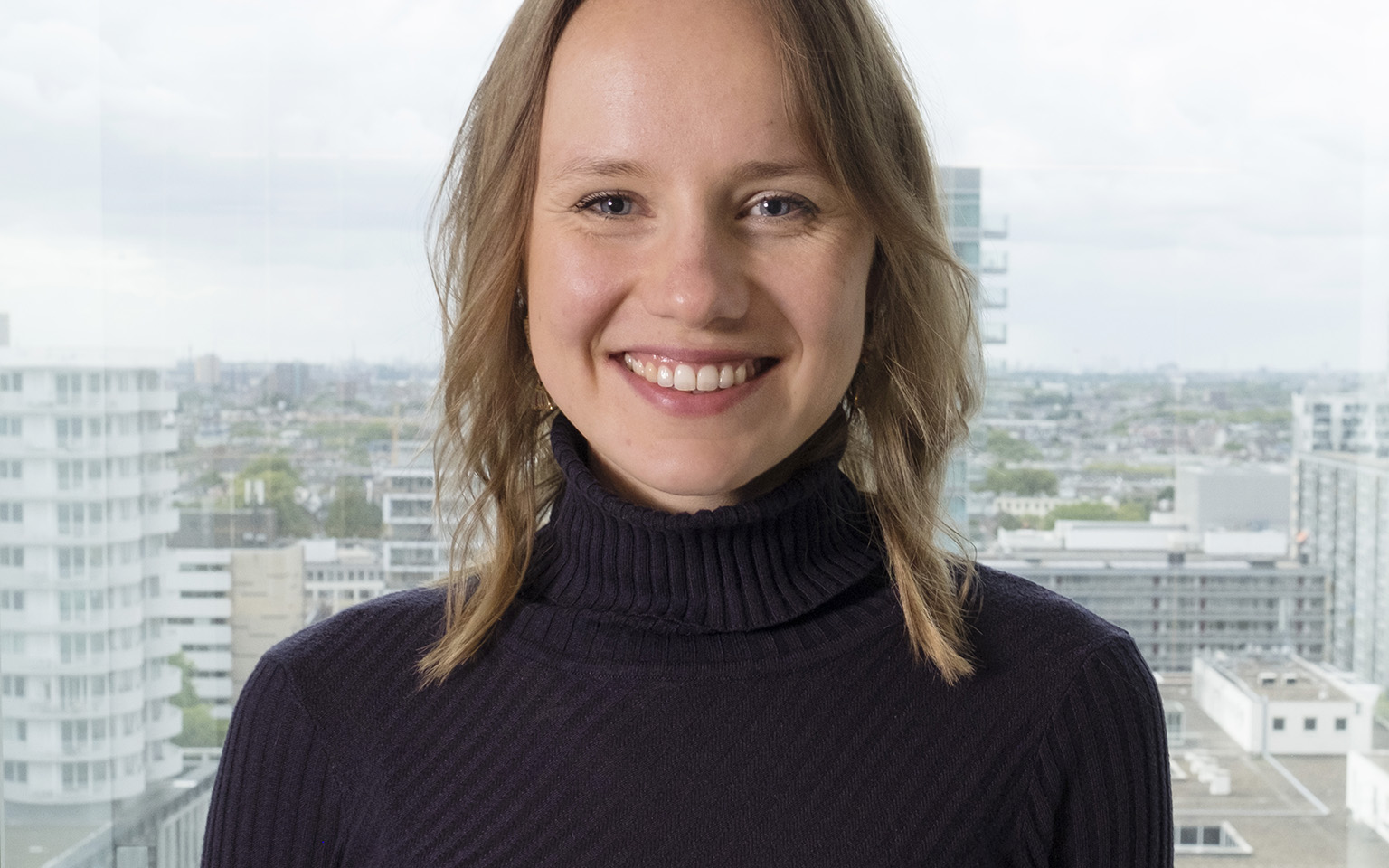 Fleur focuses on national and transnational financial-economic criminal law. She provides legal assistance to companies as well as individuals in relation to duties that follow from anti-bribery and anti-money laundering legislation, for instance the Dutch Money Laundering And Terrorist Financing (Prevention) Act (Wwft). Fleur also assists in suspicion of forgery and other fraud-related offences. Furthermore Fleur also advises companies in the field of compliance-related topics, such as the draft and execution of anti-bribery, anti-money laundering- and whistleblowers policy. She is also interested in executing internal investigations.

Fleur has conducted her studies of Dutch Law at the honours programme of Utrecht University. She has graduated in criminal law at Utrecht University and European Law at the Université Panthéon-Assas, Paris II. During her studies, Fleur has gained experience in criminal law, international and European Law at multiple (international) law firms, the Supreme Court of the Netherlands and the Public Prosecution Office. After her studies she has worked as a lawyer at a big international firm, where she mainly assisted in complex and transnational financial-economic cases and internal investigations. Fleur has been proceeding her practice at Van Ardenne & Crince le Roy Advocaten since September 2022. 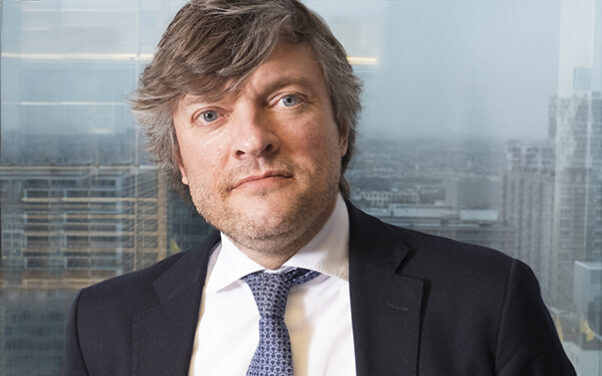 Casper has gained over twenty years of experience as a criminal defence lawyer. Due to illness, Casper had to decide to discontinue his practice. At Van Ardenne & Crince le Roy Advocaten, Casper is working towards his return. Casper provides legal advise at Van Ardenne & Crince le Roy Advocaten in complex corporate criminal cases and investigations. Casper is an important consultation figure to our younger colleagues. 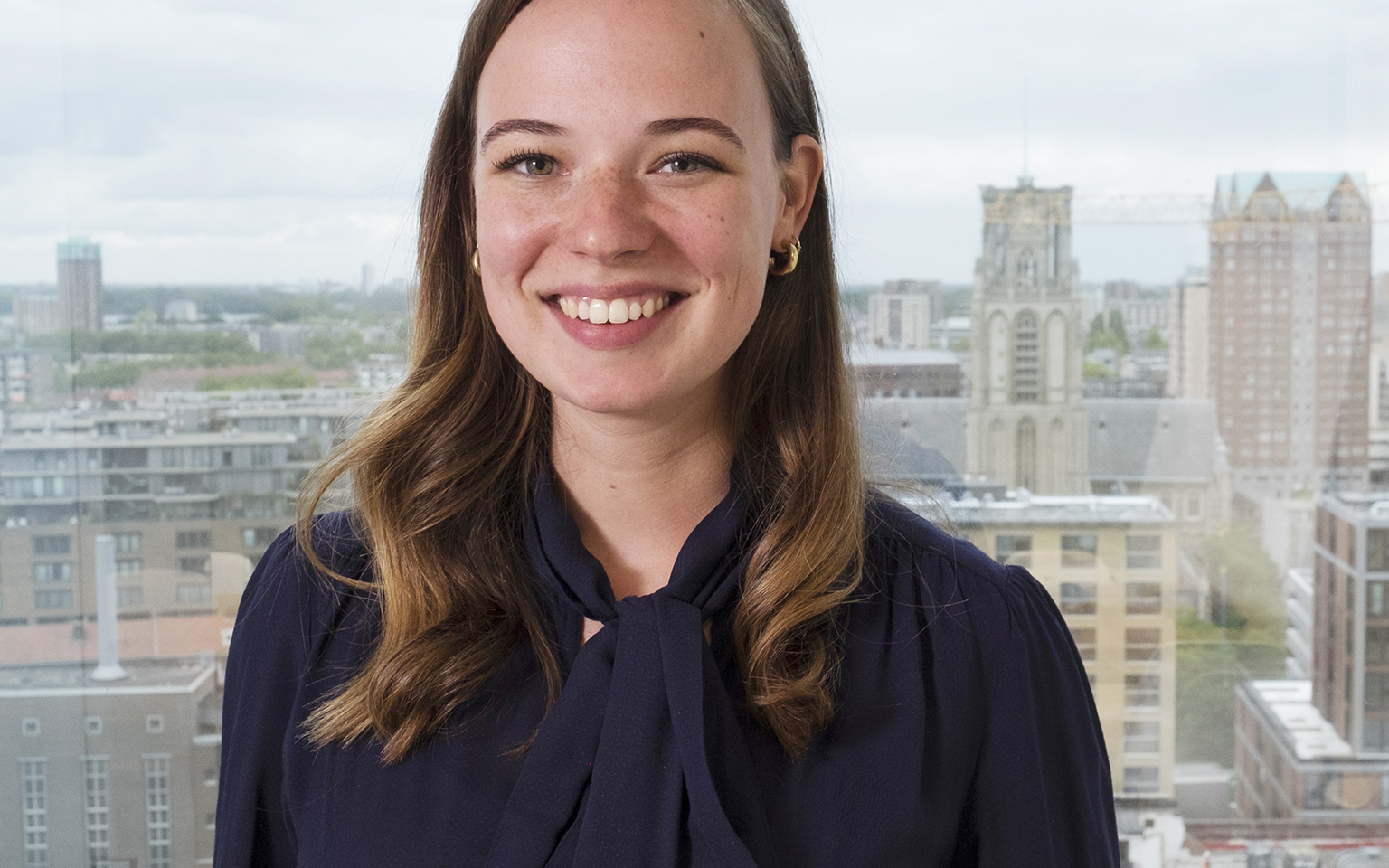 Elise is interested in criminal law and criminal law enforcement. She has graduated from the honours bachelor programme Utrecht Law College at Utrecht University and the master programme Forensics, Criminology and Criminal Law at Maastricht University. Elise has also studied abroad at the University of Warwick to conduct research on the law in Shakespeare’s plays. During her studies, Elise was a member of the Executive Board of several legal student societies, provided legal advice to detainees and was part of the student Cold Case team at Maastricht University.

During her internships at the Public Prosecution Office and at Eurojust in The Hague as well as her job as a Prosecutor’s clerk, Elise gained experience in criminal law, financial criminal law, international organised crime and asset forfeiture. Elise is also interested in punitive administrative sanctions. 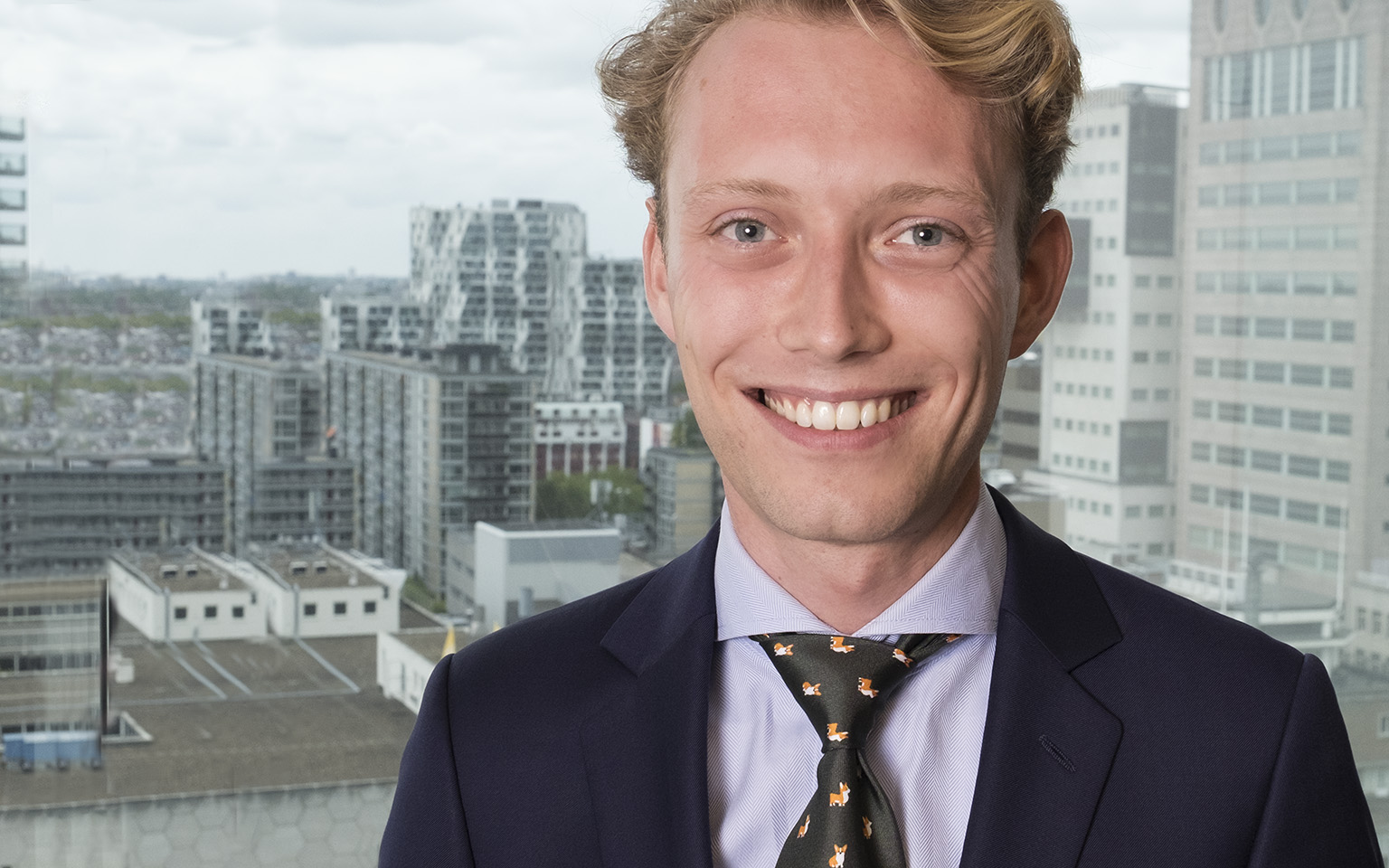 Ruben is particularly interested in the way administrative law, criminal law and civil law congregate. Within this congregation, fundamental rights and constitutional principles have his special attention. He is also especially interested in the interaction between companies and society. Because of this Ruben is mainly involved in administrative- and criminal cases that need constitutional or civil specification. Because Ruben has broad international experience, he also offers his expertise in cases with an international element.

After his studies in Dutch Law at Utrecht Law College, Ruben also studied Law at the University of Cambridge (UK). During his studies, he gained experience within the (commercial) bar. He mainly focussed on the legality of criminal governmental intervention, the (constitutional) accuracy of administrative governmental intervention and transnational civil practice. Because Ruben has been a member of the Council of Discipline at the University of Cambridge, he also has experience with disciplinary law. 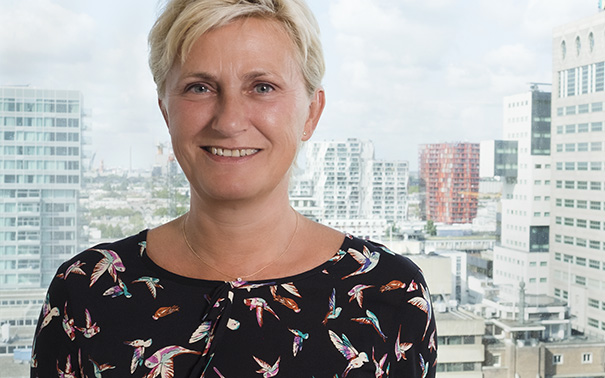